Continuing its work on Mars, NASA has now produced fully electric experimental aircraft. The aircraft, which has 14 engines on its wings, is powered by 180-kilogram lithium-ion battery packs.

The U.S. National Aeronautics and Space Administration (NASA) continues to work in aviation as well as in the space field. In this context, NASA produced an all-electric experimental aircraft called the X-57 Maxwell. Maxwell falls under NASA's "X-experimental aircraft" category.

We all know X-planes as a series of experimental US planes used to test and also evaluate new technologies and aerodynamic concepts. NASA's chief researcher Sean Clarke said that these two decade gaps are due to the autonomy of several X-aircraft products developed by NASA over the past 10 to 20 years.

The decision to put a pilot on Maxwell was made because of NASA's test pilots "being high-performing and making NASA a great benefit from getting them seated." According to Clarke, having pilots on the plane simplifies the design of the vehicle because it can detect and diagnose problems while using the pilot plane. 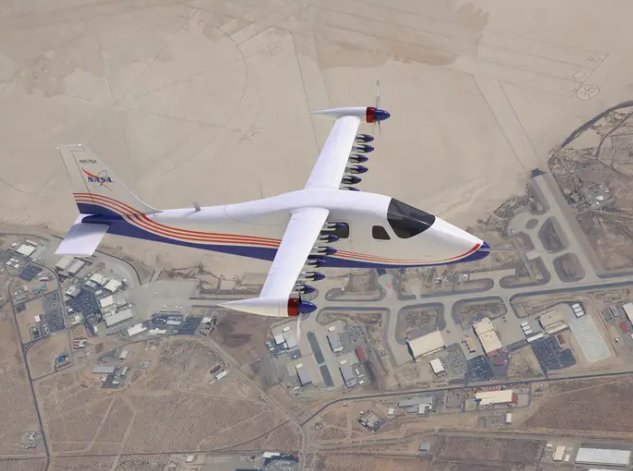 The X-57 Maxwell aircraft produced by NASA has 14 engines in both wings. The fully electric experimental aircraft draws its power from the 180-kilogram lithium-ion battery packs in its cabin. This means 23 kilowatt hours of power. The aircraft, which will be used for technology research, will not operate in commercial use.

To give additional information, the name Maxwell on the plane comes from Scottish theoretical physicist and mathematician James Clerk Maxwell, who specialized in electromagnetics in the 19th century. With the project in question, NASA wanted to find out how to move an aircraft's propulsion system to a different location, while changing the wing to provide a fast and efficient cruise speed.

According to NASA official Clarke, a fuel-powered engine is too heavy, complicated and unreliable to place on the wings, due to the X-57 having more than one engine on the wings.