Delivery on the same day? No problem, SameDay Bot is already packing errands and goes on the road, or at least in theory, because we have to wait a bit for practical verification of the autonomous robot.

Day after day we hear more about robots in our life. Have you heard about Amazon’s robots? Now, it’s time to hear that from FedEx.

FedEx followed a similar path as the competition and announced that its new solution. At the next step, the autonomous robot SameDay Bot, will soon be able to independently deliver parcels over short distances. The company is just testing it at its headquarters in Memphis and is in talks with such important vendors as Walmart and Target to bring artificial intelligence to their retail chains.

This operation on the same principle as Scout models from the Amazon, that is, deliver packages in cities, over short distances. The robot is powered by a battery, and its maximum speed is about 15 km / h - but what's interesting, it easily climbs the stairs and moves between people and obstacles, all thanks to the same LIDAR navigation system as autonomous cars. 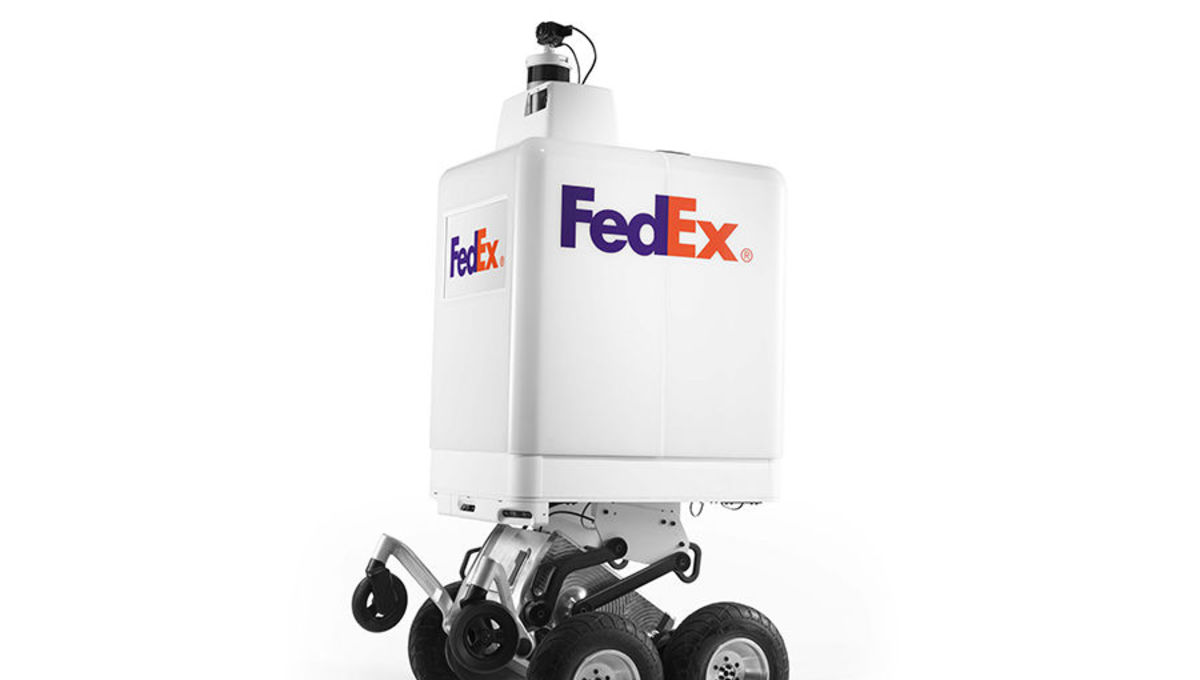 At the beginning, robots will carry packages between the company's buildings in Memphis, and if the tests go smoothly, FedEx will extend the scope of their operations to the sellers, providing them with the same day delivery option. It sounds amazing!

It is also worth noting that the construction of the robot was helped by Dean Kamen, an engineer behind the Segways or a wheelchair that allows him to "climb" the stairs.

In the front of the robot, we will also find a screen that will allow the child to communicate with pedestrians, displaying relevant notifications, and the next one from which one can find out where it is going.

FedEx counts on the big success of its solution, thanks to cooperation with such concerns as AutoZone, Pizza Hut, Target and Walmart. Because according to its private research, 60% of clients of these companies live up to 5 kilometers from them, so they will certainly be happy to use fast and convenient delivery.

If you live close to headquarter of FedEx, feel lucky to use and test this service. Later, in the near future, we will have chance to use it in our daily life. Just we need some more time.

Obviously we will see more news about robots and artificial intelligence in the near future.