If we continue to learn more details at such a pace, then the year of waiting for the premiere of the new Sony console will be instant and will be very exciting. It turns out that the latest news indicates that there is something to wait for.

So far, we have already learned a lot of information about PlayStation 5, because first a handful of official data was shared by Sony itself, and then more leaks began to appear on the network. This is how we learned about the digital assistant prepared for the console, which is supposed to help us when playing or whether we got to know, among others, the new DualShock, which is to wait for adaptive triggers and haptic technology in place of the outdated shock or.

Later, even his patent applications appeared in the network, which revealed the expected design and further details, such as the lack of an illuminated bar, which irritated the players and drained the controller battery, the presence of a USB type C connector, a built-in microphone to support the said assistant or larger triggers. And although the technical drawings have given us a good picture of what we can expect in terms of rain, seeing it in the picture is a completely different matter. This is what happened, because photos of PS5 dev kits, which Sony sent to developers, which are also showing new pads, have hit the network. 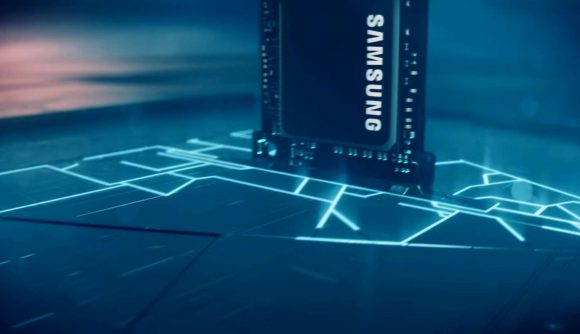 Although you can not be guaranteed that this is their final form, but they seem to accurately reflect the patent applications - at first glance they promise to be larger than the previous and more massive, which can be a good indication of their durability, with which the previous version had a big problem. As for the dev kits themselves, they do not arouse such excitement, because as you know, most often they do not completely resemble the final products. It probably will be similar here, because it is hard to believe that Sony could bet on such a coarse and old-school design as the one presented in the pictures.

For a long time the mystery is also not part of the specification of the new Japanese console, and one of its most important and strongest points is to be a super-fast SSD drive, thanks to which we will almost forget about loading, because it is to provide up to ten times faster loading times. Until now, however, it was not known which manufacturer would be responsible for its production. Now Samsung itself has put itself in the role of producer, or at least this is what the presentation from the Samsung SSD Forum 2019, which recently took place in Tokyo. It was there that the Koreans said that they were working on a new SSD NVM solution, which is created for the needs of next-genes.

Samsung did not explicitly announce that its drive will go to PlayStation 5, but on the slides from the presentation you could see the Sony console, and with the annotation "loading delays with HDD cause the lack of image synchronization with sound and increase lag, in connection with with what you need an SSD to play properly." As an example, the game Monster Hunter was cited, which with the help of HDD supposedly charges 49 seconds, with the SSD SATA it is 29 seconds, and the SSD NVM announced by Samsung would further reduce it significantly. Does this mean we have one less puzzle? Or maybe Samsung wants to offer its services to Sony and Microsoft in this way? Time will tell, but it can not be hidden that both consoles are to have super fast SSDs, and only another market giant can cope with such a huge scale of production.