Download › News › Sony comes to the CES 2020 with a great surprise: Vision-S

Sony comes to the CES 2020 with a great surprise: Vision-S

The Japanese group apparently has much greater ambitions than just offering good quality mobile equipment. What else will surprise the giants of the world of technology?

The electric and autonomous car was baptized with the name Vision-S. It looks great and in no way, from the outside and inside, it stands out from the latest vehicles of the largest car manufacturers in the world. For now, this is only a prototype and there is no information as to whether it will be produced in series. With this prototype, Sony wants to show the latest technologies, including autonomous, self-produced and friendly companies.

Despite the fact that it is only a demonstration vehicle, it has been packed with the latest electronics, which may be the envy of most of the world's currently tested vehicles of this type. Vision-S has as many as 33 CMOS and ToF sensors monitoring the vehicle environment and LiDAR, thanks to which it can move in the urban jungle in autonomous mode. Of course, we are also talking about full ecology here, because it is an electric vehicle. 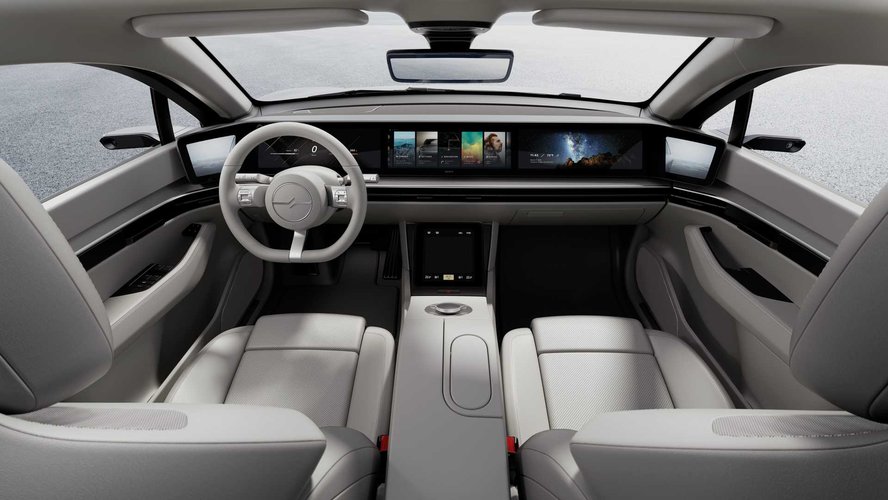 Sony has revealed that the car weighs 2350 kilograms and has two electric motors, one on each axle, with a total power of 400 kW. They provide the amazing performance of Vision-S, which accelerates to hundreds in just 4.8 seconds and can accelerate to as much as 240 km/h. The interior of the vehicle is a typical minimalism in electric cars, which is very functional, thanks to the large, centrally located display, which allows you to operate all vehicle functions, but also indulge in entertainment with 360 Reality Audio during autonomous journeys.

Sony in the construction of Vision-S cooperated with industry leaders such as Bosch, Continental, Genetex, Magma and Nvidia. The prototype, although it probably will not go into production, shows that nowadays even individual concerns, which had nothing to do with the automotive industry so far, produce and offer technology that can together successfully create the perfect product for a completely different industry.

We don’t know yet when to see this great vehicle on the road. Plus, what do you think about Sony's surprise? Would you buy an electric vehicle from a technology’s leader company? Well, it’s not an easy question. We will take our time to answer. However, it looks great with the design and also specifications.

Now it is at CES 2020. Later we will see and learn more about the Vision-S, and then share with you all.

A fully electric and autonomous vehicle from Apple is coming soon!